Palisade Investment Director, Julian Widdup, said: “The refinancing represents a major achievement for our NT Airports, with the varying tenors of bank and institutional debt, of up to 12 years, significantly derisking the asset. The new capital expenditure facility will underwrite the Airports’ major capital expansion programme, designed to optimise return outcomes for our investors and airport customers.” 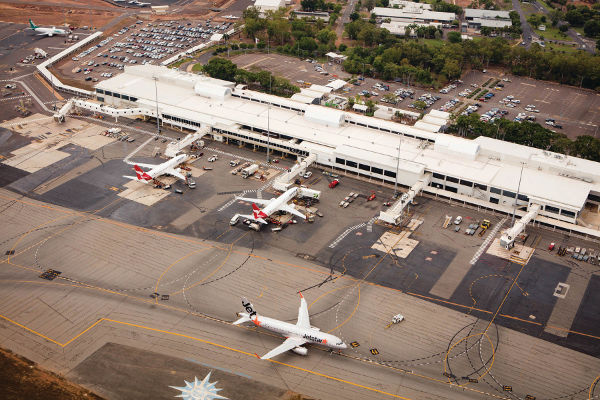 A first for Northern Territory Airports, the company has placed $150 million in the US institutional debt market with varying terms of 10 and 12 years. The company has also introduced Canadian Imperial Bank of Commerce (CIBC) to the existing banking group, which currently consists of Australia and New Zealand Banking Group Ltd, Commonwealth Bank of Australia, National Australia Bank Ltd and Westpac Banking Corporation. Each bank has provided over $85 million in facilities with tenures of 3, 5 and 7 years.

The proceeds will be used to refinance existing maturing debt and fund capital expenditure for NT Airports over the next three years. Chief Financial Officer Mr Tom Ganley said the company was advised by RBC Capital Markets on arranging and refinancing the debt facilities, and was delighted with the success of the debt raising in the domestic and international markets.

“The strength of our financial and operational management has enabled NT Airports to achieve its strategy of diversifying and extending the average maturity profile of current funding sources. With the new debt facilities, we will be able to enhance the airport facilities to serve the nearly three million passengers who pass through the airports each year.”

NT Airports is Australian owned and has seen significant growth over the past 18 years of private ownership. Today, Alice Springs Airport is served from 8 domestic destinations, while Darwin is connected to 17 domestic and 5 international destinations.

Northern Territory Airports serves the community in more ways than one. Being jointly owned by IFM Investors and Palisade Investment Partners Ltd infrastructure funds, means that over 70,000 Territorians receive a contribution to their superannuation savings directly from their Territory airports.

Learn more about the asset