Palisade Investment Director, Vicki Rigg, said: “Palisade is proud to be part of the consortium delivering the Stage 2 expansion. The Project represents another first for PPPs, being the successful expansion of an existing project.” 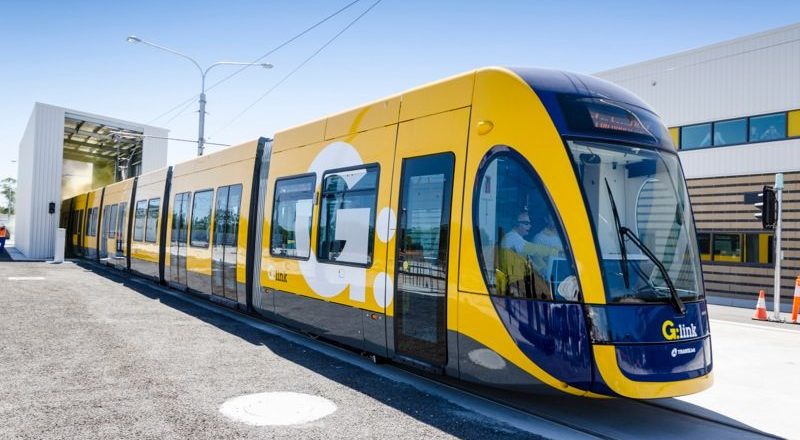 Please refer to the below press release by the Queensland Government

The Queensland Government and GoldLinQ today formally entered into a new partnership to deliver the Gold Coast light rail extension in time for the 2018 Commonwealth Games.

Minister for Transport and the Commonwealth Games Stirling Hinchliffe said the contract signing between GoldLinQ and their construction partner CPB Contractors, Bombardier Transportation and Keolis Downer signalled the start of the design and delivery of the 7.3 kilometre extension.

“Stage 2 will transform public transport on the Gold Coast and deliver an integrated light rail system for the city that connects to the heavy rail at Helensvale station,” Mr Hinchliffe said.

“The light rail extension will help ease road congestion and deliver much needed new capacity for the transport network to cater for population growth on the Gold Coast.

“A shared pathway next to the light rail along the Smith Street Motorway will also support residents who want more active transport options.

“The project is expected to generate up to 1,000 direct and indirect jobs. GoldLinQ has committed to achieving a high level of local involvement in the workforce during the construction phase.”

Federal Minister for Major Projects Paul Fletcher said Stage 2 would be a key part of the integrated transport network that was vital to sustainably managing long term growth in South East Queensland.

“This is an important milestone in this transformational project for the Gold Coast,” Mr Fletcher said.

“Gold Coast Light Rail Stage 2 is an example of what can be accomplished when multiple levels of Government work constructively together.”

City of Gold Coast Mayor Tom Tate said South East Queensland’s population was forecast to grow substantially in the next decade and the light rail system was vital to servicing the needs of our growing city.

“This is an historic day. Stage 2 will connect our city’s light rail with heavy rail and on to the burgeoning economic hub of Brisbane,” Mayor Tate said.

“Seamless public transport is at the forefront of our transport planning and construction of Stage 2 is about to deliver just that.

“I applaud the Federal and State Governments and wish the consortia every success as they forge our new transport future from Griffith to Helensvale, in time for the Gold Coast 2018 Commonwealth Games.’’

“Stage 2 will be delivered using robust and innovative design and construction methodologies that will provide certainty of delivery in time for the Commonwealth Games, and help lessen construction impacts wherever possible,” Mr Witheriff said.

“The Stage 2 alignment uses existing road and rail corridors which will further reduce impacts, and GoldLinQ and CPB Contractors will work closely with the community to ensure they are well informed throughout the construction process.”

The project alignment and reference material about the project is available at: